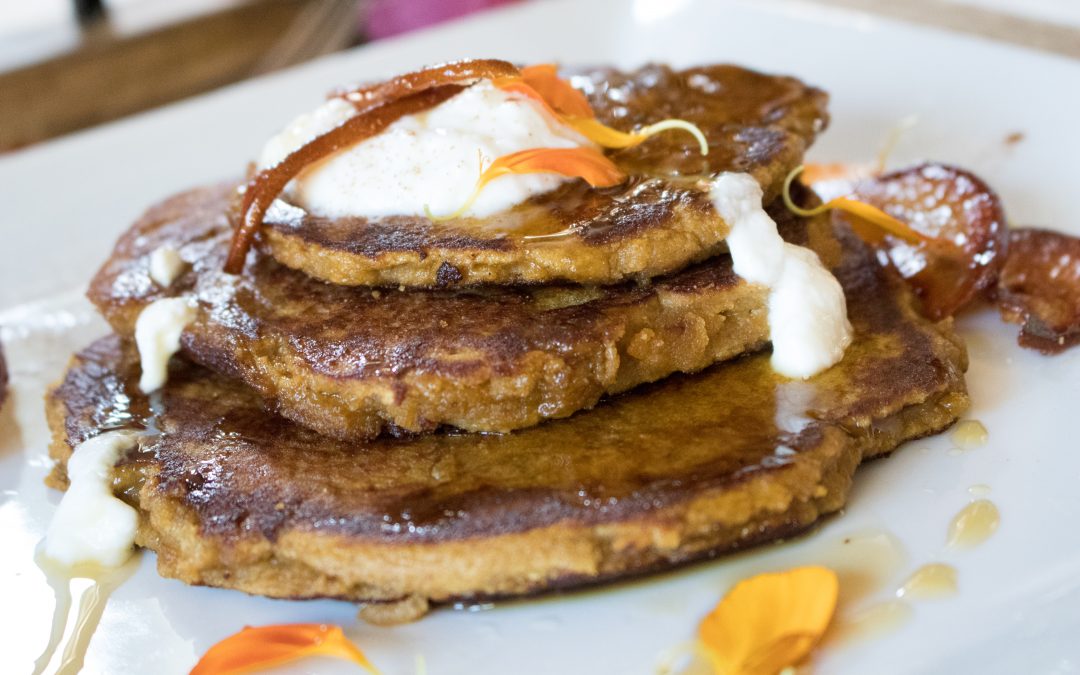 A gluten-free pancake that has all the same flavors and textures and topped with decadent caramelized pears!